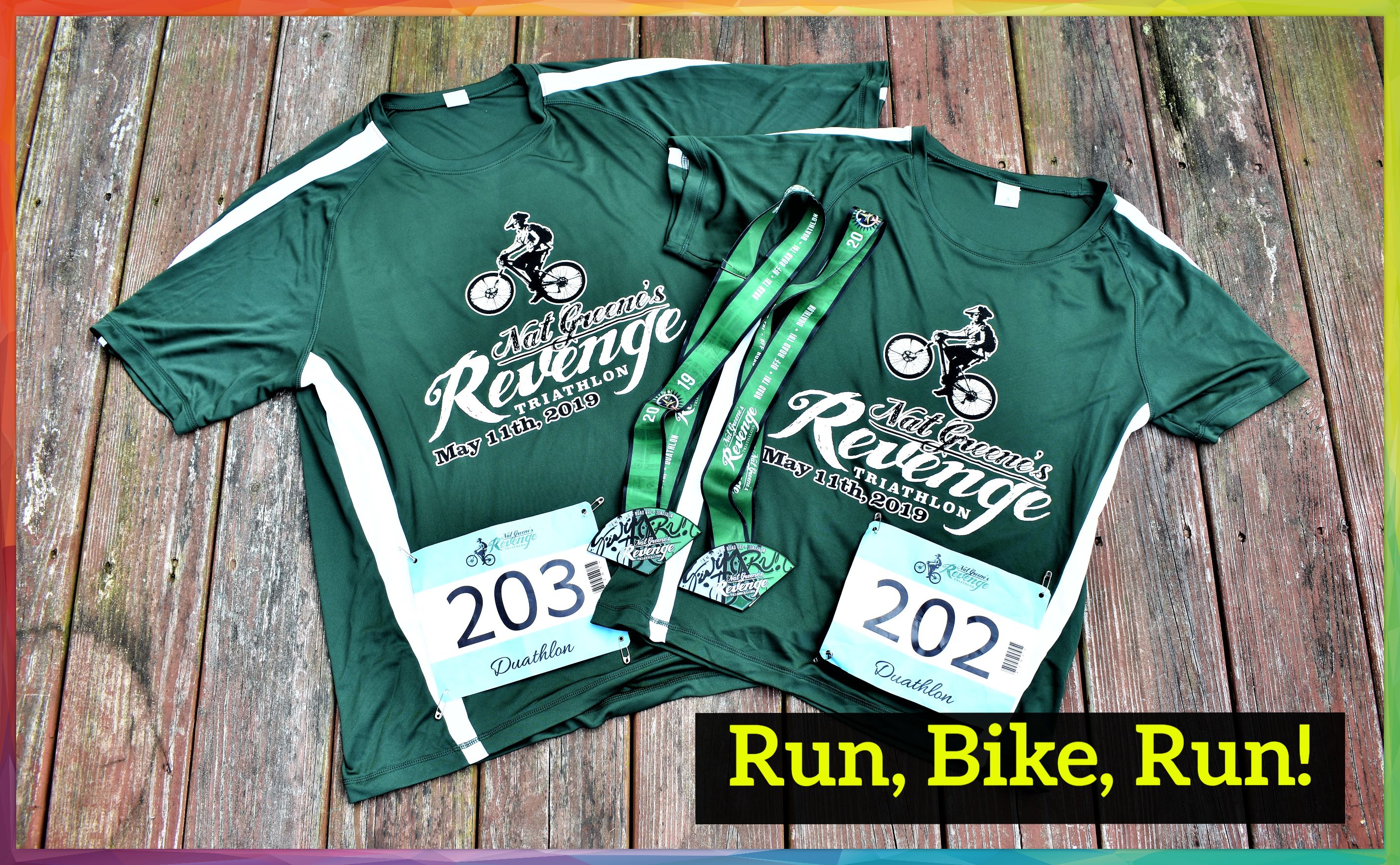 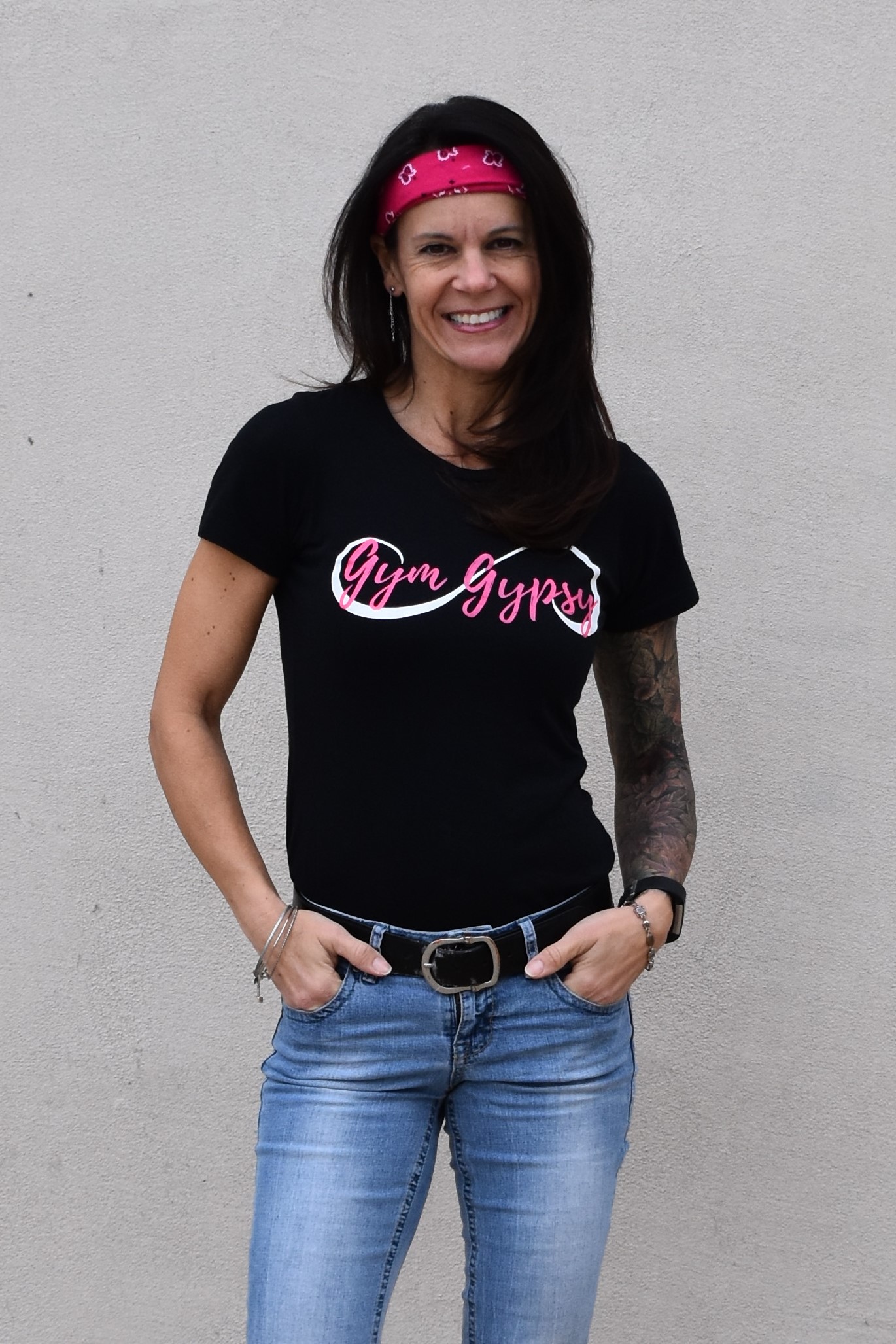 A self-proclaimed  Gym Gypsy...visiting and reviewing gyms and other cool stuff too.

So yeah....I recently competed in a Duathlon. It was fun, it was a challenge, it was exhausting!  More importantly though, it was something both my son and I did together. Well by "together" I mean we both took part in it. The only time we were actually together was at the starting line. Then he took off and left me in the dust. We eventually crossed paths about an hour and half later as he passed me on our last run loop, heading for the finish line. Ha.  I think his official time was an hour and thirty four minutes total.  Mine...well, that's hard to say. It turns out I never got an official finish time because I screwed up in my first transition which prematurely set off the chip.  In other words I think I was disqualified.  😧

I'll get into that in a bit. 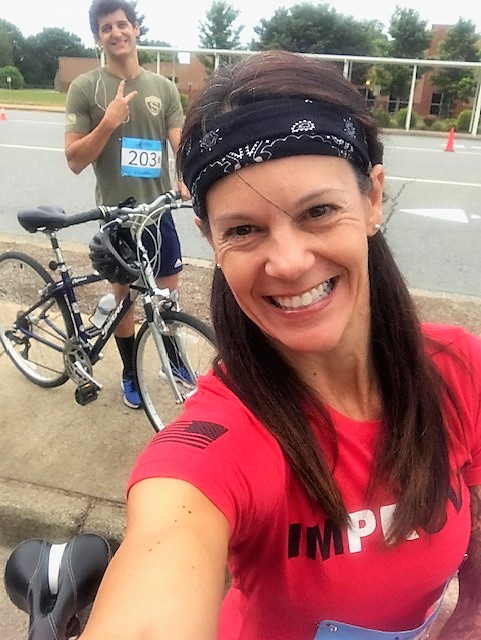 Earlier this year after finishing my first half marathon with a friend of mine, I thought to myself, 'now what? how can I top this? what other thrill can I take part in?' After a quick google search for upcoming races, I came across the Nat Greene's Revenge Triathlon Series. Since I've not swam in quite some time, I didn't think I'd be ready for the swimming portion especially open water swimming! Fortunately for me I had the option to choose the duathlon which still offered three events, but substituted the swim for an additional run.  So the race  was "run 2 miles; bike 12.5 miles; run 3.25 miles." Piece of cake, right? Atleast that's what I thought. But my running buddy was not interested so I asked my son Trey to do it with me.  He agreed even though he knew he'd have to borrow either his dad's or brother's bike unless he was willing to ride 12+ miles on a BMX bike.  He wound up riding his dad's.

I had been riding my bike for a while and had even been taking spin classes off and on at different gyms for over a year so the bike portion did not really scare me. I like riding actually. It can be quite enjoyable. Plus, cycling is great for the legs. Speaking of nice legs, we recently saw Carrie Underwood in concert and dare I say yours truly comes in a pretty close second to the leggy blonde in that department. Just sayin'. 😉

Well, my bicycle is more of a trail bike than a road bike so it's not necessarily aerodynamic on the road. But that never bothered me, nor did it ever occur to me that it'd be quite a bit slower in a race than one designed to travel on a paved surface.   After all, I'm not exactly a veteran cyclist as I merely ride for exercise and enjoyment, not for speed!  Trey and I were casually reminded during our adventure that we both were riding the wrong type of bikes. Oh well, we were chill.  This was our first bike race and frankly we were doing it for fun!

On race day, I woke up so darn early at 4am. This was probably the hardest and most dreaded part for me as I don't do very well getting only 4-5 hours of sleep and awaking before the birds start chirping.  We had to be on the road by 6am in order to be at the marina by 6:30am...a whole hour before the start of the race.  By the time we got there, parked half mile away, were finally given our chips, got our legs/arms marked and set up our bikes, there was a huge line at the port-a-johns. Like 30 deep! I had to pee so bad that when I finally made it to the john I could barely hear the guy going over the last-minute instructions regarding the race.  Well, I thought to myself, I guess I'll just follow the crowd.  Turned out however, that the majority of the racers were doing the swim part of the race which left only about 30 or so of us "duathlon" racers.   Chumps. lol 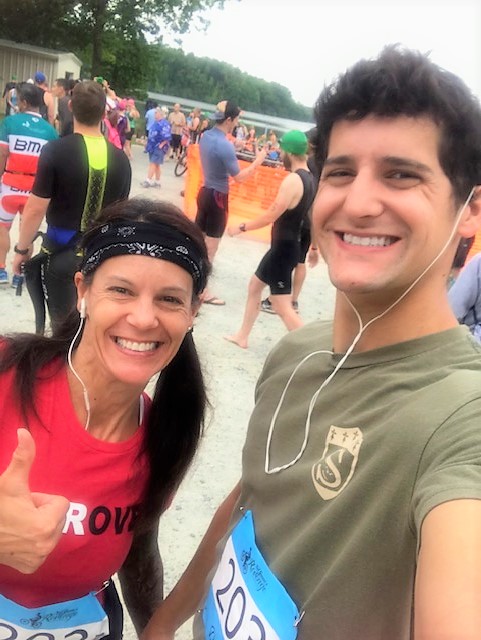 As the race began, my son took off and little did I know I wouldn't see him until the last run.  I started up the hill and the first 2 miles of my adventure had begun!  By the time I got back to the first transition to get my bike, I noticed he was already gone. This is where I messed up. As I approached the transition area, (no one was ahead of me btw)  I apparently went in the "out" side, setting off my timer and eventually screwing up my completion time which I didn't find out until the end.  Sucks, but again, I never got to hear the last minute instructions to remind me.  To be honest, I did think the overall race was a tad bit unorganized.  The fact that we picked up our bibs the evening prior but still had to wait in line for timers the day of the race;  and that several days before I had even gone to the marina office asking questions about the race yet there was no info available. Heck one guy didn't even know about the event!  He was like, race? what race?

And what was up with having only four port-a-johns for several hundred people?  💩  However, since I seemed to be the only one who got "disqualified" I guess I'm the one who was disorganized.  Oh well, I'll know better next time. 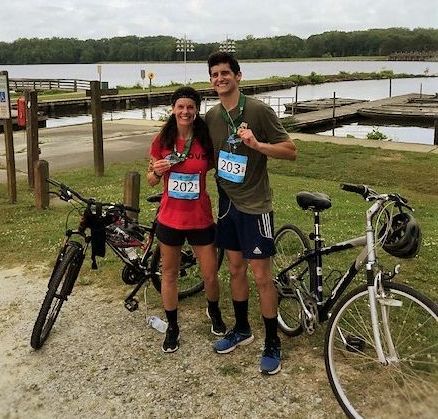 As I left the gate and started up the hill for the 12.5 mile bike portion of the race, my legs were already worn from the 2 mile run.  I was still trying to grasp the fact that I've been up since 4am! I quickly adjusted though and before long I was actually enjoying the lengthy bike ride.  Within minutes other cyclists donning wet suits and special cycling shoes were passing me on their aerodynamic spin machines.  One guy zoomed by just to take a tumble about 50 yards ahead of me as he literally flipped over his bike and landed on the side of the road. As I peddled by and asked "are ya good?" he nodded but I could tell he was pissed.

Over the next 40 or so minutes, I just peddled. And since I had been having issue with my gears not being able to switch into the upper 7 for the past few weeks, I pretty much stayed in gear 13. In total I believe I switched maybe twice to a lower gear for an incline. But honestly, the ride wasn't bad at all and frankly it was enjoyable! Outside the fact that I was getting thirsty but refused to stop to unscrew my water bottle...(um yeah..I never got myself a proper bike water bottle...the ones that fit securely and with the pop-up lid)  I suffered through but was fine.  The sun even started peaking through. There was one stretch of road where I wish I had my phone handy because I would have definitely taken a selfie!  📸

I thought for a short time I may have gotten lost because there was nobody in front of me and nobody behind me. I was getting a little nervous, and kept turning my head to see if others were on the same path. Finally I caught a glimpse of a rider in the distance ahead of me. Then out of no where cyclists started passing me again.  Several would say "good job!" as they peddled past me. I wondered what that really meant....are they making fun of my bike? Do they feel sorry for me because I'm obviously going too slow? Or are they looking at the age written on the back of my legs and were truly impressed with the fact that us older folks can still be active?  (I'm 50 years young btw)

Before I knew it, I was closing in on the last mile of the bike portion of the race.  As I approached  the transition area once again, I took a few seconds getting off my bike as my legs were surely jelly at this point.  After a quick drink of water, I took my helmet off, and almost started out the wrong exit.  What is it with me and transitions?! Sheesh... Thankfully I caught myself.  Fool me once...fool me twice... no.  Let me just say the last portion of the race was brutal! Those measly 3.25 miles may have well been 10 miles. It was certainly my worst three-plus mile time in recent years!

I did however, pass Trey on this run. Well...he passed me. He was on his last mile as I was in the middle of my first. Needless to say I wound up stopping for water twice on this run as well as slowed down to walk a few times.  Like I said, it was brutal. But, when it was finally over it was a good feeling to know I completed an actual duathlon...covering a total of 17.75 miles of active cardio! Yay for me!  Yay for both of us. :)

Unfortunately however, because of my transition screw-up I was not awarded an official time. And no, I was too busy looking around for Trey to even bother looking at my watch when I finished, nor did I even see a clock nearby.

Would I do it again? Probably. I don't mind running and I like riding my bike. But an actual "tri-athlon" would be an even cooler feather in my cap. If only.... if only I can just get over my phobia about swimming. That story will have to wait for another blog. 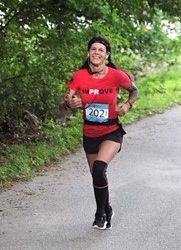 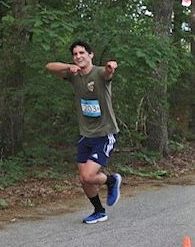 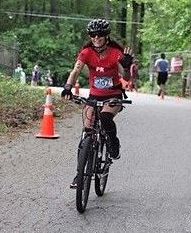 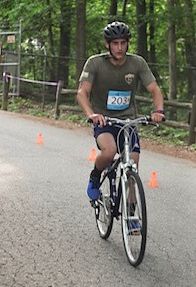 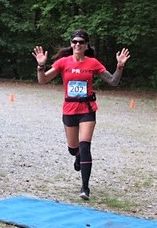 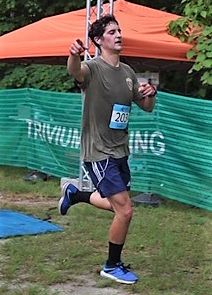